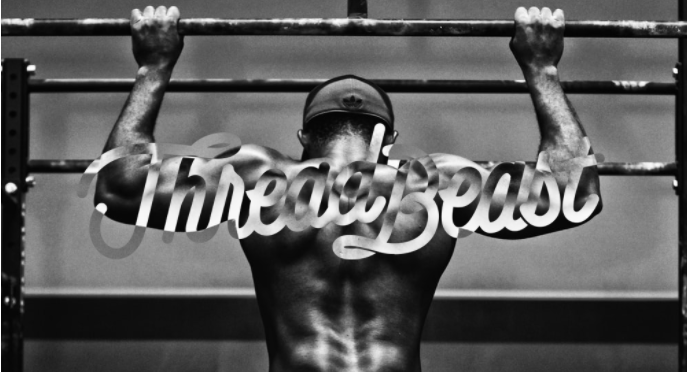 You may have already given up on your New Year’s resolution to hit the gym more often, but we’re going to give you a reason to pick it back up. A workout playlist is a must for gym rats and casuals alike. We know most of you already have a go-to playlist, so we’re cutting obvious songs from our list. No “Power” by Kanye or “Lose Yourself.”

“Every single night right, every single fight, right? I was looking at the ‘Gram and I don’t even like likes”

Let’s face it, one spot has to go to Kanye. What better song than off 2019’s “Jesus is King?” This album divided fans, but the one hit that everyone could agree on was “Follow God.” The hit features a 70’s soul sound and delivers bar after bar, making it the perfect addition to anyone’s gym playlist.

It’s important to have a warm-up song. Maybe you’re waiting for a machine to open, or you’re mentally preparing to bench that new max. Either way, this 2015 hit starts fast and stays on pace the whole song. It’s a feel-good song, but with more of a punch.

It’s hard to make this list without some homage to classics, classics that some of us may have forgotten. “Remember The Name” was a 2005 release by Fort Minor, a group formed by Linkin Park’s Mike Shinoda. I know what you’re thinking now, “Collision Course,” that beautiful collab between Linkin Park and Jay-Z. We definitely encourage you to pick some songs off that album too.

“Lookin’ like a snack, she’ll devour me. Your boyfriend’s whole salary’s my hourly”

Surely, a lot of us are hitting the gym for personal gains, but the rest of us are doing it to pick up honeys. You should have at least a few songs that make you feel like the ladykiller you’re working up to be. Dropping this year, “Still Be Friends” is climbing the charts and not looking back.

Another classic for our list has to be “Rapture’s Delight.” This was a go-to for mastering your three-pointer in the backyard. It has outlived Walkmans, iPods, Pandora and perhaps Spotify some day. It’s got that old hip-hop sound with some killer vocals.

Reggaeton has been making a steady return to mainstream music, with artists like Ozuna, Daddy Yankee and Bad Bunny. Alongside this genre is a newcomer, Latin Trap. Bad Bunny has really cornered the market on this style in America, earning him the #5 spot on our list. With Drake featured on the track, it’s the perfect song to get you through those final sets.

“Trigger happy, pack heat, but it’s black ink Evil half of the Bad Meets Evil That means take a back seat”

Eminem still has it. Of course there’s so much old Eminem out there that could easily make this list, but the x factor here is the late Juice WRLD. This song has the fast bars delivered straight from Eminem but that calming voice of Juice WRLD busting out the chorus. It’s the perfect blend of catchy and energizing.

“The first pocket that’s fat, the TEC is to his back Word is bond, I’ma smoke him, yo, don’t fake no moves”

There’s nothing more hardcore than O.G. rap, especially from the mouth of the Notorious B.I.G.. “Gimme the Loot” is pretty dark when you break down the lyrics, but it also makes you feel like you’re in attack mode, which is ideal for hitting a new max at the gym.

“I spent my whole life thinkin’ out the box Boxin’ homies three-on-one, got DP’ed but I ain’t drop”

“Dedication” is really about the grind, and we had no choice but to pay respects to the late Nipsey Hussle. You have the combined L.A. star power from Nipsey and Kendrick in one track, and it’s palpable. The track playing under the lyrics is the right BPM to keep you grinding.

“You asked to see the boss, so they sent me, dawg. I just broke her off with a 10-piece, dawg”

We did our best to limit Drake to only one spot on the list, but this guy is everywhere. Noone was really expecting this collab, though it definitely delivered. The music video is pretty cool, too. It’s another rap about proving people wrong and doing you, which just captures the essence of all work-out songs when you boil it down, making it the poster child of our playlist.