The 10 Best Nike SB Dunks of All Time 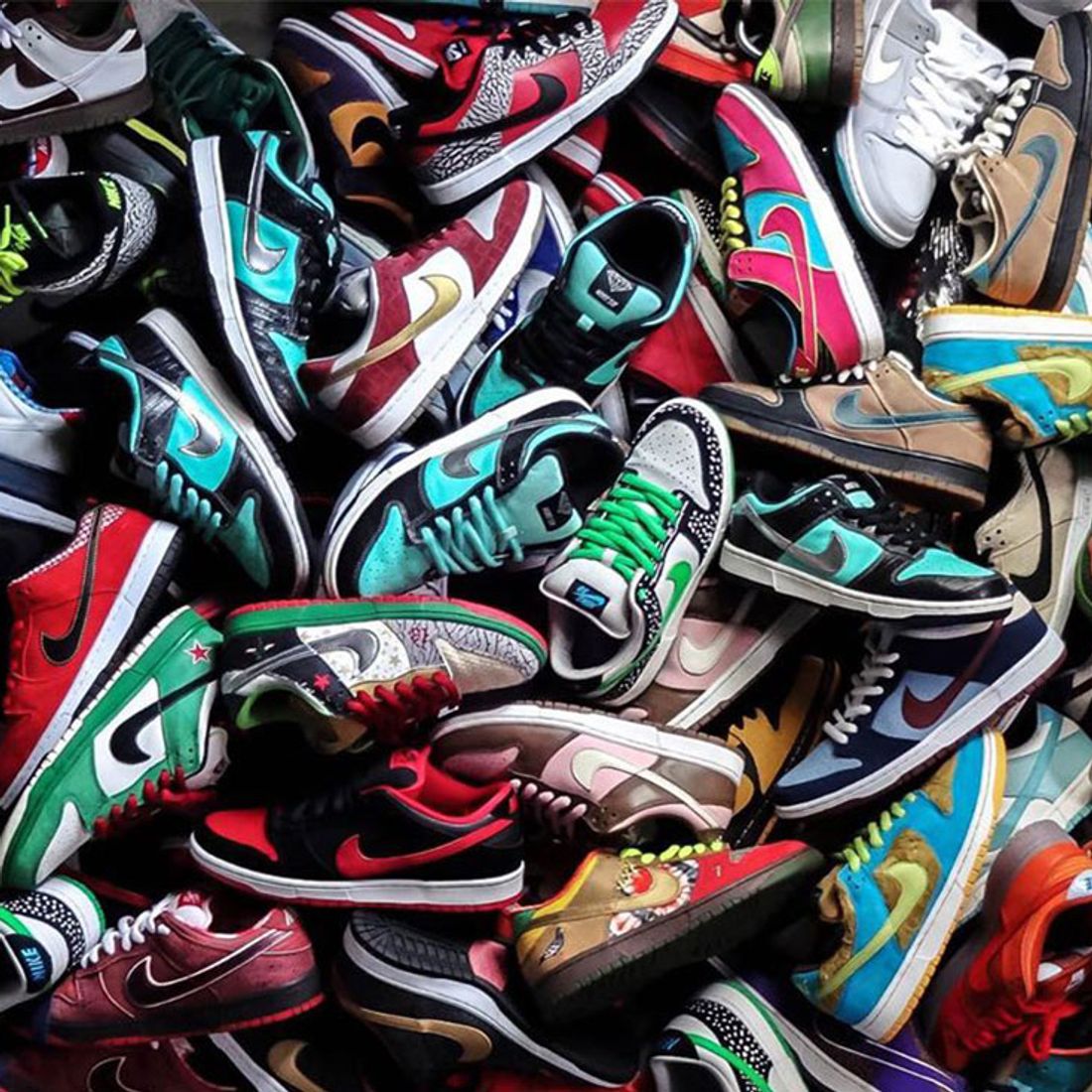 In 1985, the Nike Dunk was introduced with a basketball sneaker aesthetic marketed towards college athletes. In the late ‘90s to early ‘00s the Nike SB line converted the sneaker to a skater shoe and the popularity grew. Collaborations with major designers, elite hip hop artists and legendary brands separated this sneaker from the pack. These days Nike SB Dunks are a major part of SneakerHead culture. The unique colorways and affordable price point make these one of the most popular sneakers of the last 19 years. Here is our list of the top 10 best Nike SB Dunks of all time.

SB Dunks were created for skaters, so it only makes sense that we start with a shoe designed for the state that brought skateboarding to the mainstream. The Nike SB Dunk Low “Cali” was originally released in July 2004 to skate shops in California. The unique colorway allowed skaters to show off their state pride with a design influenced by the Golden State’s Flag.

Prior to the February 2020 release of the Travis Scott SB Dunk, the hip hop artist had partnered with Nike on several other designs. What made the Travis Scott x SB Dunk Low different was the hype behind them. Sneakerheads rushed to the Nike site once the shoes dropped and Nike had to temporarily shut down due to the overwhelming traffic. Travis put his signature mark on the highly anticipated sneakers by including earthy tones, woodsy shoe laces and a paisley bandana design on the outside. This Cactus Jack silhouette is the perfect combo of skate and hip hop.

These days sustainability is at the forefront of many peoples’ minds. In 2004, Nike introduced an SB Dunk collection that would be extremely relevant today. The Nike SB “Hemp Pack” came in  red mahogany, cascade blue and bonsai. The upper stars of the sneaker were made entirely of hemp creating a richness in the colorways. This 4/20 inspired collection still looks dope today.

Nike planned on releasing a trio of SB Dunks in 2007 to commemorate popular horror movies. The Dawn of the Dead and Friday 13th adaptations made it to stores, but the infamous Nike SB Dunk Low “Freddy Kreuger” never did. At the last minute, a cease and desist letter was sent from New Line Cinema to stop the release of the highly anticipated sneaker. Sneakers were already shipped to some stores. Nike asked for all sneakers to be sent back so they could be destroyed. Apparently, not everyone followed the rules, since the “Freddy Kreuger” Dunk made its way to a lucky few. Legend has it that at least 30 people or more were able to cop a pair of the elusive sneakers.

Diamond Supply Co. was just a hardware skateboard company when the  Diamond Supply Co. x Nike SB Low “Tiffany” was released in August 2005. The sneakers were sent to a limited number of stores and people camped out to try to get their hands on the Tiffany & Co. inspired shoes. Back then, sneaker hype was not like it is today. It was not the norm for customers to wait in long lines all day to get the latest shoe. The “Tiffany” Dunk created hype behind sneaker releases and Diamond Supply Co. transitioned from a skate shop to a legendary streetwear brand.

Sometimes an SB Dunk is introduced that is full of fun, but not so pretty. The Stussy x Nike SB Dunk “Cherry” is not one of those shoes. This ice cream inspired sneaker is colorful, wacky, but most importantly clean asf. The Neapolitan colorway created by Stussy is blended so perfectly it reminds you of a layered ice cream cone. The vanilla, strawberry and chocolate tones are enhanced with the little cherry on top of the tongue. This is one delicious treat!

The Nike SB “What the” Dunk is one of the most coveted Dunks in history. The design was created from 31 previous dunks and was made to be the “Dunk to end all Dunks.” These are not the most appealing pair, but it makes our list since it encompasses the greatest designs up to 2007. From 2007 to 2017 it can be argued that the SB Dunk lost its luster. The hype was not as big and the creativity was not as strong. Released in 2007, this sneaker signifies the end of an era and Dunks would not be the same until 2017.

One of the most controversial Dunks is our number three pick. The  Ben & Jerry’s x Nike SB “Chunky Dunky” was released in 2020 and many Dunk enthusiasts were frustrated with the release. Some believed the design was created just for the hype. It seemed the hype was more important than the actual sneaker especially when you see a shoe owner taking one of the limited pairs and eating Ben & Jerry’s ice cream right from it. Regardless of the controversy, the seamless detail is undeniable. The sneakers look like they came straight out of the Ben & Jerry’s tub with the cowhide overlays and the hippie tie-dye. The “Chunky Dunky” deserves to be on the top 10 mainly because it was able to create major hype during a pandemic. We had to put it in the top three because it reminds us that sneakers should be all about the fun.

Inspired by the Air Jordan 3, the Supreme x Nike SB Dunk “Cement” was released in 2002 with no major hysteria. Back then, sneakerheads were not in the mainstream and shoe drops like this were limited to a few locations. Since Supreme only had stores in New York and Tokyo, the 500 pairs were only sold in two cities. We love these sneakers since they scream New York City with its gritty cement colorway. These shoes were created when skaters would actually use them to skate. It was not uncommon to see these sneakers beat up from the pavement and that’s what makes them so special.

The Nike SB Dunk Low “Paris” is our number one pick for the best Nike SB Dunk of all time. Only 200 pairs were made and no one pair looks like another. French Painter Bernard Buffet created the artwork for the highly coveted sneaker and Nike cut the prints differently for each pair. The shoes were only to be released at an art event in Paris, but the demand was so great the release was delayed and were circulated through select stores. These sneakers are ultra rare and are the most expensive Dunk on the market today going for $150,000. These sneakers are a work of art and deserve to be number one since the pair embodies everything the Dunks are about- details, uniqueness, fun and hype!